Europe – Still between the Superpowers 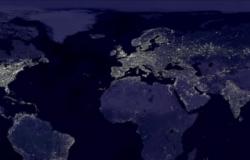 In a famous study published in 1978, the American diplomat Anton DePorte argued – controversially – that a Europe held in frozen check between the superpowers was the only sound basis upon which the continent could find peace. The ending of the bloc system in Europe between 1989 and 1991 put paid to this dystopian vision. Indeed, within only a few years, many writers were even beginning to suggest that the new united Europe might one day become a superpower in its own right. As we now know, this early wave of unbridled optimism has given way to an altogether more downbeat mood. In this article, it shall be argued that the prevalent pessimism about Europe is not just a function of what has been occurring within Europe itself. It is also a reflection of the fact that the international order, which during the 1990s seemed to be so benign, has become much less so over the past 15 years. A close examination of Europe's relationships with the three great powers the United States, China and Russia indeed suggests that the world is likely to become more, rather than less, difficult for Europe as it moves forward into the 21st century. Testing times lie ahead.

Social Investment According to the OECD/DELSA: A Discourse in the Making
Rianne Mahon
Vol 4, Issue 2, May 2013

Does Multilateralism still Matter? ASEAN and the Arctic Council in Comparative Perspective
Mark Beeson and Jolanta Hewitt
Vol 13, Issue 2, May 2022