From the Fall of the Berlin Wall to the Fall of Aleppo. The Decline of Global Governance – and How to Restore it 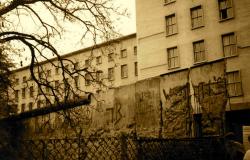 I was there at the end of the Cold War in 1989 when a vision of common security by global governance seemed within reach by multilateral diplomacy at the United Nations. This was a rational policy for all states. Then I watched with growing trepidation how the West led by the US undermined the practically universal acclaim of the Western Normative Project and power by moving from multilateralism to unilateral power and coercion. Today, an authoritarian project led by Russia, brokers political solutions in the regional conflicts left by Western policy failures. The article argues that theories on cognitive and emotional construction must upgrade the traditional methodology of diplomacy to understand why the West lost its position, and how it can be reclaimed. A strategic discourse must harness these theories to persuade more effectively by leaving contentious issues and instead evoke visions of common security by global governance.