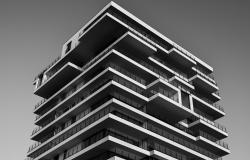 Weak and ineffective corporate governance mechanisms in banks have been pointed out as the main factor that contributed to the 2007–08 financial crisis. The purpose of this study is to analyze empirically how the global financial crisis of 2007–08 has impacted on banks’ governance mechanisms, comparing the differences between the two most important models of corporate governance (the shareholder and stakeholder models), and if these changes are related to improvements in banks’ governance effectiveness. To carry out our analysis, we have used a sample with 46 of the largest commercial banks in the world and the period of analysis has covered from 2002 until 2015. Our findings show that Anglo‐American banks following the common law system (shareholder model) maintained their high level of governance effectiveness after the financial crises. On the other hand, Continental European banks following the civil law system (stakeholder model) increased their effectiveness after the crisis changing some practices in their corporate governance mechanisms (improvements in the structure and functioning of directors’ boards, improvements in the compensation policy for banks’ executives, as well as the implementation of CSR committees) what led to a convergence of both governance systems.

Photo by yentl jacobs from Pexels