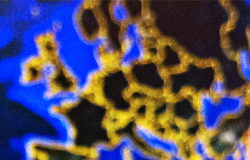 In 2015, seventeen European states joined the Asian Infrastructure Investment Bank (AIIB) as Founding Members. France, Germany, Italy and the United Kingdom, among the group, have the largest share of capital and votes, giving them significant voice in the Bank. The purpose of the European members in joining was mainly twofold: (i) to help increase financial flows available for investment infrastructure in Asia; and (ii) to help ensure that the new Bank would adhere to global financial, environmental and social standards, as established by the existing multilateral development banks (MDBs). It can be said that the Europeans have largely succeeded. Existing MDBs have served as models for the standards which the AIIB is institutionalizing. However, some European‐based civil society organizations are increasingly critical of the operations of the AIIB. Moreover, some developing countries may see the AIIB's standards as an unnecessary burden. It can therefore not be assumed that the AIIB will continue to expand its portfolio by merely complementing the existing MDBs.