Inter‐Governmental Regimes and Recruitment to Private Regimes: GATT/WTO and the ISO, 1951–2005 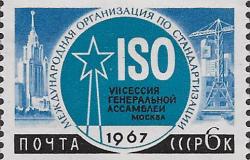 Scholars of international relations and public policy recognize that quasi‐private actors supply governance services alongside governmental actors. We explore how membership in the dominant trade regime, the General Agreement on Tariffs and Trade/the World Trade Organization (GATT/WTO) influences countries’ incentives to join the quasi‐private regime, International Organization for Standardization (ISO). Both global regimes seek to remove trade barriers; the former focuses on tariff and non‐tariff obstacles, and the latter on technical barriers. While any firm can subscribe to over 18,000 ISO standards, only national standards bodies, one per country, can become ISO members. We posit that given the substantial political costs of joining GATT/WTO and the relatively low entry barriers to joining the ISO, high trading countries might view the ISO as a (partial) functional equivalent of the GATT/WTO. Our empirical analysis of ISO membership dynamics over the period 1951–2005 lends support to our argument.

The Role of Evaluation at the UN and in the new Sustainable Development Goals: Towards the Future We Want
Deborah Rugg
Vol 7, Issue 3, September 2016