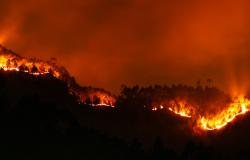 Climate litigation has become a strategic tool to push for climate justice, including compensation for losses caused by climate change. Many cases rely on the establishment of a causal relationship between the defendants' emission of greenhouse gases (GHG) and the plaintiffs' losses. All decided cases seeking compensation for a concrete climate related impact have been unsuccessful (thus far). Legal scholars as well as social and natural scientists have looked at individual cases and evidence of these unsuccessful claims, aiming to identify legal and scientific hurdles. Based on previous research where we analysed specific cases, we step back from a case-specific analysis in this article and identify the social context in which law and science operate and intersect. We assert that without a general understanding of the urgency of climate change and the scientifically proven fact that climate change impacts the present, and that it is possible to attribute individual losses to human-caused climate change, the fate and future of climate litigation focusing on losses and damages will continue to encounter major obstacles in courts. This is despite the increasingly sophisticated strategies of litigants; the positive outcome of some strategic litigation and improvements in the field of climate science, all of which would be expected to sway for a successful future of the fight against climate change.