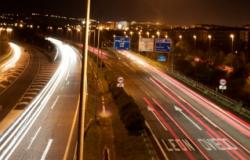 The language of democracy has become common in international law, the legal system that regulates relations between nation states. This interest in democracy has however largely ignored democracy at the international level and focused instead on national democratic standards. In this paper, I start by sketching the threadbare debates about democracy beyond political borders in international law and then turn to the way that international institutions have developed this concept, particularly in the peace and state-building boom associated with the end of the Cold War. The two contexts for democracy have taken different directions. In the case of democracy at the international level, the discussion has become polarised between global North and South, with democracy being promoted by the South as an omnibus agenda to remedy economic and political inequalities. In the case of democracies within states, international lawyers have taken democracy to have a fixed form, associated with specific institutional practices and structures, limiting its capacity for transformation.