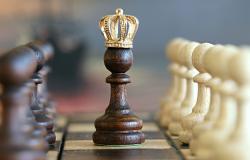 International relations scholars debate whether the current liberal order can adapt to power shifts among the great powers. Yet historically, contestation among the great powers has often revolved around the question of whether the international system should be organized along liberal and institutional lines in the first place. In this paper, I examine great power negotiation strategies at the 1899 and 1907 Hague conferences, an often overlooked yet critical episode of liberal order‐building. As rising powers shuffled the great power ranks, many hoped that the Hague conferences would prevent arms racing, reduce the barbarity of war, and promote peaceful solutions to international crises. Champions of liberal rules and institutions used principled persuasion, appealing to shared norms and collective identities. They also engaged in rhetorical coercion, seeking at times to shame potential obstructionists. Yet the conferences revealed the profound limitations of these soft‐power based negotiation strategies. For a brief moment in 1899, circumstances allowed champions of the Hague system to persuade states to sign on to the laws of war and to embarrass states into accepting arbitration. Yet by 1907, conditions had changed and obstructionists were able to mobilize broad coalitions to block significant change. The Hague conferences highlight the importance of interstate coalitional networks in institutional adaptation.

‘On the Measurement of Social Progress and Wellbeing’: A Commentary
Leonardo Becchetti
Vol 4, Issue 3, September 2013