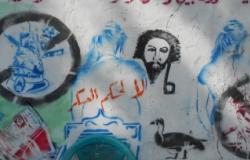 This essay examines why the diffusion of autocratic rule tends to unfold more slowly, yet with greater effectiveness (‘success’) than pro-democratic waves often do. A precedent of progressive regime change often inspires fairly unorganized crowds in many other countries to initiative spontaneous emulation efforts, as it happened in the revolutions of 1848 and the Arab Spring of 2011. Yet this lack of organization creates a high risk of failure. By contrast, the overthrow of democracy, which can also stimulate imitation attempts, is usually spearheaded by well-established organizations, such as the military, which jump on the bandwagon less rashly, but pursue their goals more effectively. Therefore, autocratic waves advance with lower speed, yet greater ‘success’ than pro-democratic riptides often do, as was evident in the diffusion of authoritarianism and fascism during the interwar years and the spread of military dictatorships in Latin America during the 1960s and 1970s.

Banca March: The Fundamentals of a Bank Linked to Its Customers and Committed to Society
Rita Rodríguez Arrojo
Special Issue - Contemporary Issues in Banking