A Post-GDP World? Rethinking International Politics in the 21st Century 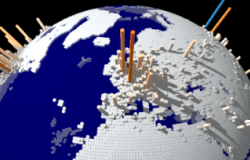 In contemporary politics, the power and status of a country are intimately connected with its economic wealth. In particular, GDP has become the benchmark by which the global pecking order is defined. Initially designed as a mere survey of a nation's income, GDP has become an ordering principle in international governance. Yet the convergence of socioeconomic, environmental and energy crises currently questions the sustainability of GDP maximization and its political relevance, strengthened by a growing consensus among policy makers and experts that GDP is an inadequate metric of economic success. As countries move beyond GDP and new indicators are introduced, the overall international political order may also change. In particular, some non-G7 countries may emerge as global leaders in wellbeing, prosperity and sustainable development. We may be witnessing a gradual shift to a new Bretton Woods, possibly leading to a profound restructuring of globalization with the emergence of new forms of supranational regionalism in which more equitable and sustainable economies will play a leading role.

A post-GDP world will question the current system of economic globalization: new, more comprehensive metrics will reveal the ‘hidden’ costs of international trade and conventional energy systems. A form of sustainable regionalism is likely to replace economic globalization as the key paradigm of global governance in the 21st century.
GDP is not just a number, but a powerful ordering principle in international governance.
GDP has become increasingly unfit to guide global policy and misleading in defining governance structures.
Moving beyond GDP is a key imperative for governance in the 21st century.
A post-GDP world will see different global leaders emerging, with more relevance to countries that have been able to marry economic performance with social and ecological wellbeing.
Access Article