The Potential of Europe’s Sharp and Soft Power 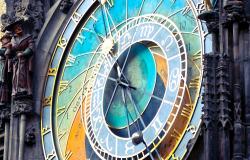 While it lags behind the US and China in conventional hard power indicators, Europe is at par with and even ahead of them in some sharp and soft power indicators. Yet it consistently influences below its potential in world affairs. Its ability to leverage its sharp and soft power is hampered by questions of identity, coherence, and leadership, questions that are reflected in the scenario exercise itself. Is Europe defined as the EU, the EMU, or the Council of Europe, and will it continue to include the UK? The answer will be critical to enhancing Europe’s power. More effective use of Europe’s sharp power will require both political will and more strategic coherence in Brussels, along with some significant institutional modifications. America’s abdication from global leadership creates an opportunity for the projection of Europe’s soft power. Europe’s normative role – both through policy innovation and higher education – is its greatest strength, and its place in the world of 2030 will be determined by how it exercises its potential. It must choose whether it has the will to maintain core elements of the previous order or transform it into new, post‐hegemonic multilateral forms.

Photo by Andrea Piacquadio from Pexels