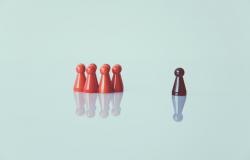 European power in the 21st century is not what it was in the 20th century. The rules‐based liberal international order that Europe helped to construct after the Second World War is under threat, and arguably in decline. As this ‘order’ diminishes, so too does Europe’s ability to influence world events. While Europe will never command either the military or economic hard and ‘sharp’ power of the United States or China, it remains an important international actor with considerable soft power, even with the United Kingdom’s recent departure from the union. Although we question some of the assumptions and priorities identified by the authors of ‘Enhancing Europe’s Global Power’, we share their view that a united and strong Europe has a great deal to offer to the world, particularly in the areas of data governance and tertiary education.