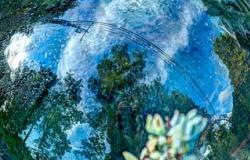 In only a few instances in international relations, states anticipate major problems and address them before they become disastrous: negotiating and creating new international norms to avert human and financial loss. One example is the Protocol banning laser weapons that can permanently blind. It was created in the mid-1990s before the weapons were fully operational and set a powerful norm that banned their future development. With new evolving technologies that have unparalleled capacity to harm and maim, such as fully autonomous weapons systems (killer robots), it is imperative that states take preventive action and create new multilateral agreements to cope with problems yet to materialize. This article aims to initiate the discussion of when states act preventively to avert major future problems. It advances three initial explanatory propositions on preventive multilateralism in areas of ‘commonly perceived global dimension of future potential harm’ to improve states’ security dilemmas; based upon reputation and humanitarian, material concerns, and national security, and presents the initial discussion toward a world politics of prevention.

States may also act preventively if there is risk of precluding large scale death, in which case there may be intense public demand for action.
Improvement of the security dilemma: states behave preventatively when they wish to contain major security repercussions of irreversible character.
Preventive action is necessary in the face of the urgent assessment of new technologies the harmful impacts of which have not yet been fully estimated and may represent a threat to humanity.
The successes of preventive multilateralism seen here represent a model for future policy action areas. The international community may be observing the rise of an emerging norm of preventative multilateralism. Nonetheless, in most instances states act reactively and therefore miss the opportunity to safeguard their reputation and prestige, and save funds that are spent unwisely in an effort to contain an unfolding problem. States currently apply the discourse of prevention to practice in their international relations with modesty, keeping it mostly confined to tackling problems associated with preserving the global environmental commons.
States may choose to take preventive action because doing so will be less costly in situations in which there is high risk from financial loss from potential damages.
Access Article