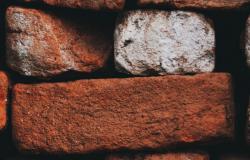 The global governance institutions that structure economic relations between industrialized and developing countries have been contested since their inception. This contribution revisits elements of the struggle over the ‘new international economic order’, or NIEO, in the 1970s. Contemporaneous observers and political leaders saw the initiative as part of the first major shift in global power after 1945. Using strategies of rhetorical coercion and persuasion that aimed to radically reform global economic governance, a large coalition of developing nations proposed a reform agenda designed to expand the authority of the United Nations and reduce the importance of Bretton Woods institutions. In response, a small coalition of industrialized countries adopted strategies of cooptation that entailed ‘case‐by‐case’ cooperation with developing countries with the goal of limiting overall reforms. The contribution uses historical archives from deliberations within and among industrialized countries to reveal the sources behind their response to the NIEO and follow‐up initiatives. It shows that industrialized countries chose to deemphasize strategies of argumentation in favor of strategies of cooptation in their efforts to limit transformative change in global economic governance.

Photo by Andre Moura from Pexels