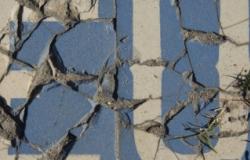 After a decade of economic and political crises, the European Union has arrived at a critical juncture, as has its foreign policy. The long-running debate on gaining more coherence in EU's external action as a global security provider has gained more traction than ever before. The Union is weakened due to recent internal crises from which it is only slowly recovering: the trust placed in Brussels’ institutions by both European citizens and global partners is shrinking and the citizens of one of the EU's largest member states, the United Kingdom, have just voted to leave. Based on an analysis of the current state of the Union, this paper takes stock of the outcomes of the Dahrendorf Foresight Project and looks ahead at the EU's role in the world of 2025. By following the narrative of driving forces beyond the EU's foreign policy, this article makes four policy recommendations for development within the next decade.