US Foreign Policy in the Middle East: The Logic of Hegemonic Retreat 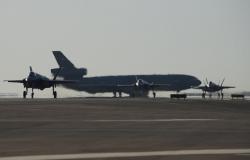 The Trump administration's foreign policy is often perceived as an isolationist ideology that has radically reversed American global leadership in a matter of years. In the Middle East, critics have harangued the Trump Doctrine as an even hastier surrender of the US hegemony that has defined regional order since the 1980s. In reality, American interest in this region has been declining for a decade as expressed by its rising reluctance to leverage its economic and military supremacy to constrain, regulate, and destroy perceived foes as it once did. This waning interventionism precedes the Trump Doctrine. It stems not from any ideological turn, or the financial and military exhaustion of a cresting superpower, but rather a structural dynamic: the Middle East no longer generates credible threats against the US. Whereas in the past alarmist fears of communism and energy insecurity propelled Washington's regional imperium, today the perceived enemies of US interests – radical Islamism and Iran – do not endanger the political institutions and economic prosperity of American society. Absent a catastrophic terrorist attack, the US will continue to relinquish its hegemonic mantle, turning away from overt interventionism as the logic of coercively dominating a region of diminishing importance runs its course.

‘Seafood from Slaves’: The Pulitzer Prize in the Light of the UN Guiding Principles on Business and Human Rights
Angelica Bonfanti and Marta Bordignon
Vol 8, Issue 4, November 2017