US Strategies of Institutional Adaptation in the Face of Hegemonic Decline 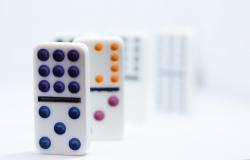 How do shifts in the global distribution of power affect the US’ preferences for institutionalized cooperation? This article explains why and when the power shift creates incentives for the US to move cooperation out of universal multilateral institutions, such as the WTO, and into exclusive multilateral institutions where it seeks to create a leading consensus among a select group of ‘like‐minded’ states. An agreement reached within the sub‐group imposes costs on those excluded from the deal. This increases the hegemon’s power bargaining leverage vis‐à‐vis outsiders who can join the new agreement as price‐takers. In this scenario, the hegemon’s institutional response to the challenge of rising powers is a strategy of divide and conquer; that is, strategic cooptation based on inducements followed by power bargaining based on coercion. The double move, however, puts the hegemon in the position of challenging the institutional status quo with potentially negative consequences for the original institutional order. A case study of negotiations over a new trade in services agreement (TiSA) shows this strategy of divide and conquer at work as the US tries to first achieve a deal without emerging economies, notably China, that can later be imposed on them.

Photo by Emily Ranquist from Pexels

Trajectories and Transformations of the Democratic Representative
Dario Castiglione
Special Issue: Changing the European Debate: A Rollback of Democracy