When Hedging Goes Wrong: Lessons from Ukraine’s Failed Hedge of the EU and Russia 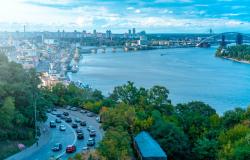 When confronted by the competing zero‐sum regional strategies of the EU and Russia between 2010 and 2013, Ukraine chose to aggressively pursue a dual‐aligned hedge. This policy choice, in part, helped precipitate a disastrous outcome: the Ukraine crisis. Using the insights of the literature on smaller power hedging and regional security complex theory, it is argued that Viktor Yanukovych misperceived the geopolitical feedback emanating from the Eastern Europe security complex, leading it to pursuing a suboptimal foreign policy. Hedging was still the optimal foreign policy for Ukraine, but arguably a more modest form of hedging was required. It is argued that Ukraine’s experience raises important questions about the actorness of smaller powers to pursue hedging strategies in geopolitically‐charged regional security complexes.

Photo by VisionPic .net from Pexels