The Humanitarian Initiative on Nuclear Weapons: An Introduction to Global Policy's Special Section 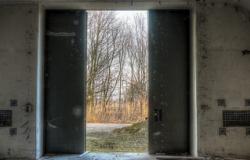 The dominant paradigm of international relations theory has long seen influence over nuclear arsenals as the preserve of presidents, premiers and generals of the world's great powers, not underfunded activists, feminist campaigners, radical nuns or even diplomats of small states. The approach of this special section could not be more different. In fact, we have intentionally curated a collection of articles that try to ‘de-center’ the academic conversation about nuclear weapons. The inspiration for our approach comes from the Humanitarian Initiative on Nuclear Weapons, which since its emergence after the 2010 Review Conference of the Nuclear Non-Proliferation Treaty, has dramatically reshaped the diplomatic discussions on nuclear disarmament, led by small states and middle powers. The shift in discourse has been accelerated by revitalized civil society action, represented by the International Campaign to Abolish Nuclear Weapons, a global NGO coalition, as well as renewed calls for disarmament from religious leaders – most notably Pope Francis. This special section, written from the perspective of scholars and practitioners associated with the Humanitarian Initiative, examines its dimensions and its potential impact on global policy making.

The Paradoxical Perception of Contemporary Democracy, and the Question of its Future
Jean‐Marc Coicaud
Vol 10, Issue 1, February 2019