Introduction: Too Big To Handle? Interdisciplinary Perspectives on the Question of Why Societies Ignore Looming Disasters 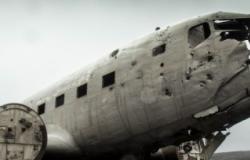 Societies face huge and potentially disastrous problems but they are often at a loss as to how to deal with them. Academics and international organizations issued warnings concerning systemic risks in the financial system in 2007 but no action was taken. The dangers of climate change are well known, but states fail to take collective action against it. Antibiotic resistance threatens world health but constructive directives to solve the problem are few. Overfishing destroys livelihoods and endangers ecosystems. Natural disasters such as hurricanes, earthquakes and asteroids, are often too big to handle physically, but they are no longer ‘Acts of God’ and beyond human understanding and the possibility of prevention and disaster relief preparation. In many of these areas there is much talk, less action and only paltry gains. Even problems that are amenable to a rational solution become ‘too big to handle’ when placed in a societal context. This special issue of Global Policy explores the question of when and why societies are unable to handle looming disasters. It stems from a conference held on 9th and 10th October 2014, at the Wissenschaftskolleg in Berlin (Institute for Advanced Study, also popularly and internationally known as the WIKO), well known for its encouragement of cross-disciplinary interactions.