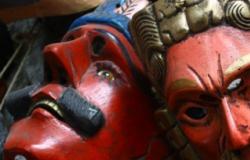 There are obvious reasons why citizens of the nations we mark out as democracies fail to support policies that address catastrophic threats. The current condition of many such nations allows for marked differences between preferences and interests (to the extent that the choice of the label ‘democracy’ can be seriously questioned). Failures in the transmission of crucial information are intensified because of market competition among media sources and widespread difficulties in understanding issues couched in terms of probabilities. Beyond these, however, are prevalent social conditions that interfere with citizens’ abilities to discern their interests. I suggest an account of the notion of interests (and of the related concept of freedom) in terms of an environment that provides opportunities for reflective choice. Such environments are highly vulnerable, and political and economic institutions within ‘democratic’ nations can systematically destroy them. Throughout, I use the example of responses to climate change to illustrate my claims.

The main reason why democracies fail to support policies that address catastrophic threats (e.g. climate change) is a mismatch between voter preferences (that may be distorted by misinformation and the inability to reflect on the most important long-term goals) and voter interests (shaped by informed and reflective choice).
This mismatch is the product of the decay of the alleged democracies into statistical plutocracies, through the distortions wreaked upon the notion of free speech. These distortions of Mill's ideal of a public arena result from the influence of money in political life, and from the economic forces that corrupt media presentations of important information.
Policy studies should seek ways of creating a climate in which people can vote in their best interests. A crucial issue for policy is removing the factors that currently ‘mask the meaningful’.
A solution to the problem of climate change almost certainly depends on the willingness of wealthier countries to transfer funds to poorer countries, enabling them to develop without reliance on fossil fuels. This solution is not only just, but also does not in any way threaten the interests of the citizens of the affluent world, when those interests are properly understood.
Sometimes, in the face of foreseeable catastrophes, trying to craft a preventative policy within the accepted framework is doomed to failure. Barring some unexpected technological breakthrough, that appears to be the case with climate change. In circumstances of this type, responsible policy analysis must probe the background framework, asking, for example, about the character of ‘democratic’ societies, the sources of genuine value and the constraints imposed by existing economic arrangements. In short, successful policy must sometimes confront the deepest questions of philosophy.
Access Article

After the Paris Agreement: What Role for the BRICS in Global Climate Governance?
Christian Downie and Marc Williams
Vol 9, Issue 3, September 2018
Running into a Brick Wall: The WTO Doha Round, Governance Gap and Geopolitical Risks
Braz Baracuhy
Vol 3, Issue 1, February 2012
Why Germany's Energiewende Reminds Us of the Virtues of Cooperation
Markus Steigenberger and Lars Grotewold
Special Issue: Global Energy Governance