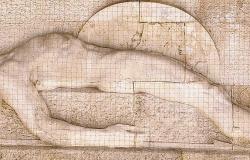 The dual threat of a US–China confrontation and the rise of populism in the West due, in part, to the gradual decay of the welfare state, paint an ominous picture for the future of the post‐war status quo of ever‐expanding prosperity. Hegemonic competition between the incumbent superpower (the USA) and the challenger (China) framed as the Thucydides' Trap and adverse demographic and financial trends are the main causes behind both crises. In this paper, we argue that amidst deteriorating demographics, the sustainability of the Western welfare state could be significantly enhanced by positioning Western institutional investments in the regions across India and South East Asia – areas with strong modernization dynamics and the world's nascent most populous middle class. Such a policy could generate long‐term higher risk‐adjusted returns for Western pension funds, especially if Western investors look for complementarities with China's Belt and Road Initiative (BRI). The proposed geographical calibration in Western institutional investments could lead to a relationship of strong reciprocal dependence between economic and social growth in the target regions, exports of Chinese construction and financial capacity, and Western welfare state viability. We call the suggested policy the ‘welfare state dependence’ hypothesis. The key objective of the hypothesis is the promotion of peaceful economic and geopolitical co‐existence in Eurasia through rational re‐alignment of the incentives of Western polities with Eurasian growth. But to make this new approach feasible, a number of BRI policy reforms that support its multilateralization are required.

Knowledge Transfer in the Global South: Reusing or Creating Knowledge in China’s Special Economic Zones in Ethiopia and Cambodia?
Ana Cristina Alves and Celia Lee
Special Issue - The Dynamics of Governance and Sustainable Development Goals in the Global South