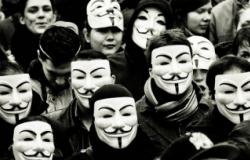 Europe is besieged from within and without by anti-liberal threats. The rise within Europe of populist-nationalist parties and renewed jihadist attacks interact with pressure from Putin's Russia, Erdogan's Turkey, and actual and aspiring despotisms in Muslim-majority countries. To varying degrees these threats are reactions to the effects of 21st-century liberalism on societies. Liberalism always has been chiefly concerned to safeguard individual autonomy or self-legislation, but the content of autonomy has shifted over two centuries. First-stage liberalism saw the chief threat to autonomy as the state; second-stage, as capital; the third-stage version now ascendant sees traditional norms and institutions as the main menace. Third-stage liberalism in Europe (and elsewhere) distributes power towards ‘symbolic analysts’ and away from those adept at services or manual labour. Thus the anti-liberal backlash: within Europe large numbers of people find themselves less autonomous, in the older senses of the word, and ambivalent about the newer notion of autonomy; while on Europe's periphery many find certain features of liberal societies unappealing and threatening. Defending liberalism will require not only devoting more resources to national security and mitigating the disruptions of economic openness, but revisiting what individual autonomy ought to mean in the 21st-century world.

Beyond 1973: UK Accession and the Origins of EC Consumer Policy
Brigitte Leucht
Special Issue: Brexit - Past, Present and Future