A Decade of C40: Research Insights and Agendas for City Networks 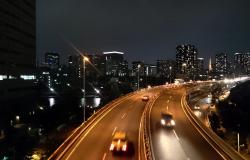 In the last decade, there has been a marked growth in formalised city networks. City networks of late have transcended beyond municipal collaborations towards more complex networked governance arrangements. City networks are noted also to raise the level of ambition among cities learning from and competing with each other with regard to the deployment of low‐carbon technologies and policies. Over the last two decades, at least nine urban climate networks have been established around the world. This article consolidates the academic literature on C40 within the context of three key themes that are drawn upon from earlier work of Davidson et al. with the goal of drawing out the key implications of researching, and putting into practice, urban studies in an age of increasingly networked urban governance and the role of city networks. We conclude the paper with articulating a new research agenda that places a focus on the effects of city networks on institutional relevance of traditional planning in ways that have not yet been considered in practice and scholarship. We argue a key challenge is to align and potentially synthesise these traditional and new forms of city shaping in an urban age era of rapidly unfolding endangerment.

Constructive Engagement? The US and the AIIB
Carla P. Freeman
Vol 10, Issue 4, December 2019

Global Poverty Reduction to 2015 and Beyond
Andy Sumner and Meera Tiwari
Vol 2, Issue 2, May 2011