Expatriation: A Last Refuge for the Wealthy? 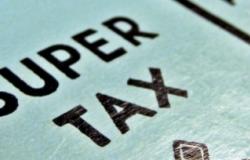 Emigration by the rich may increase substantially as persons seek to avoid home country taxation. Until recently those with high income and wealth could evade taxes through the use of secret foreign investment. Recent policy initiatives from the Obama Administration and the Organisation for Economic Co-operation and Development (OECD) with the G20 promise to reduce such evasion. The US stands virtually alone in its insistence on global taxation of its citizens at home and abroad. Other countries tax only residents and often levy only modest penalties for indefinite departure from the home country. Modern technology coupled with increased international cooperation makes citizenship-based taxation feasible. In a world of sharply varying income – and especially wealth – taxation, states will need to devote increased policy attention to the tax-motivated international mobility of the rich. The attractions of citizenship-based taxation will grow. It should not be abandoned by the US, and its efficacy should be studied by other states.

Increasingly effective global measures against tax evasion will significantly increase incentives for the rich to migrate to low tax jurisdictions, and high tax states should begin serious consideration of policy responses.
The US alone among major states practices global taxation of citizens, and relinquishing citizenship is penalized more heavily than the abandonment of residency is by most other states. Citizen taxation is defensible, and its administrability is increasing with international cooperation and technological advance.
The US should not abandon its current approach, which not only taxes those relinquishing citizenship but also US inheritors of expatriate wealth.
All states should collect extensive data on the characteristics, particularly the income and wealth positions, of those relinquishing residency and citizenship.
Access Article