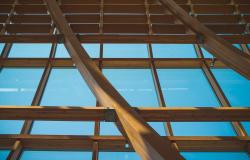 Global health governance is in many ways proving more innovative and resilient than other sectors in global governance. In order to understand the mechanisms that have made these developments possible, this article draws on the concept of gridlock, as well as on the additional theoretical strands of metagovernance and adaptive governance, to conceptualize how global health governance has been able to adapt despite increasingly difficult conditions in the multilateral order. The remarkable degree of innovation that characterizes global health governance is the result of two interrelated conditions. First, developments that are normally associated with gridlock in multilateral cooperation, such as institutional fragmentation and growing multipolarity, have transformed, rather than gridlocked, global health governance. Second, global health actors have often been able to harness the opportunities offered by three important pathways of change, namely: (1) a significant degree of organizational learning and active feedback loops between epistemic and practice communities; (2) a highly polycentric system of governance; and (3) the increased role of political leadership as a catalyst for governance innovation. These trends are discussed in the context of three case studies of significant political, social and health relevance, namely HIV/AIDS, the 2014 Ebola outbreak and antimicrobial resistance.