Neoliberalism and The Future of Social Movements (Studies) 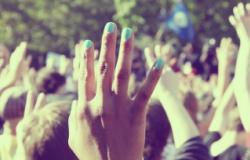 The recent resurgence of social and political movements, both in the Global South and in the West, has challenged some of the methodological premises and approaches of social movement theory (SMT). In her book Social Movements in Times of Austerity, Donatella della Porta, a leading scholar in the field, addresses the shortcomings of SMT by emphasizing the importance of class analysis and political economy in the study of contemporary social movements. She conceives of the current wave of protests as ‘anti-austerity movements’, which become increasingly politicized due to a global crisis of democratic legitimacy. This institutional crisis is, in turn, connected to global shifts in the structure of neoliberal capitalism.