Depletion and Subjective Well-Being: Lessons from the UK Coronavirus Lockdown 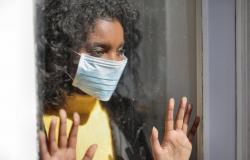 Many countries around the world instituted a ‘Lockdown’ in response to the novel Coronavirus Covid 19, during March and April 2020.  We know a great deal about the unequal health effects of the virus but it is important also to understand how the measures to tackle the virus have affected different groups in society.  This is particularly important for policy makers as further national or local lockdowns are now being instituted to tackle subsequent waves of infection, and in the event that similar restrictive measures are required to tackle future pandemics.  We undertake analysis on a recently released representative survey using a core Subjective Well Being measure and decompose results to identify factors which predict variation in self-reported changes Subjective Well Being during the Coronavirus lockdown in the UK.  Our analysis suggests that women and young people have seen the most negative effects on their Subjective Well-Being.  It appears that women’s role in the household and in caring professions has acted as a ‘shock absorber’ for the wider economy, but in doing so has ‘depleted’ their Subjective Well-Being. Some older age groups who might have initially been expected to have negative effects have seen very small improvements in their Subjective Well-Being. We also find that ‘furloughed’ and ‘key workers’ have been protected economically and emotionally by the government’s economic support measures in the crisis. We conclude that in the medium to long-term policy attention will need to be given to ensuring that women and younger people do not also pay the longer-term costs of any economic fallout from the crisis, that furloughed workers can maintain their jobs and do not merely see redundancies delayed, and that key workers are rewarded for their role in supporting the economy in good times and bad.  While the data and commentary are focused on the UK context, similar effects may be present in other countries, and international policy coordination efforts may want to focus on identifying and supporting those who have been affected by virus containment measures, now and in future pandemics.

Photo by Andrea Piacquadio from Pexels