Outsourcing the Fight against Corruption: Lessons from the International Commission against Impunity in Guatemala 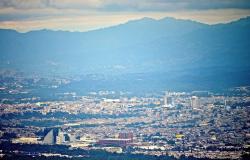 The article is devoted to an analysis of the International Commission against Impunity in Guatemala (CICIG) that was established in 2006 to fight against clandestine criminal structures and illegal security groups in this country. Over the last decade, CICIG has achieved numerous victories in prosecuting corrupt politicians, businessmen, judges, and law enforcement officers, as well as in reforming legal and judicial institutions in Guatemala. CICIG represents an experimental approach to the fight against impunity and corruption in weak and failed states, with the aid of international anti-corruption and law enforcement experts. Since this experience is very useful for other countries, the article takes a comprehensive look at the lessons they can learn from Guatemala's case. CICIG serves as a good example of new anti-corruption tools and innovative agreements created under the aegis of the United Nations. The article argues that CICIG's expansion to other countries could constitute a new chapter in the global fight against corruption.

An Assessment of Grant‐based Multilateral Funding Flows from 2014 to 2016
John W McArthur and Krista Rasmussen
Vol 10, Issue 2, May 2019