The Paris Agreement – Protecting the Human Right to Health? 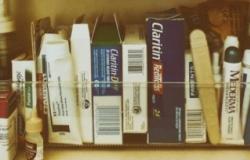 The Paris Agreement was largely viewed as a resounding success by those who took part in its negotiation. This paper examines whether these claims hold up to closer scrutiny. More specifically, the paper will assess whether the Paris Agreement protects the human right to health. Considering that the widely celebrated 1.5°C target aims to protect present and future generations from the effects of climate change, which include substantial threats to human health, this is an especially pertinent area of study for climate justice theorists. Despite the threats climate change poses to human health, the subject of health has been somewhat neglected among climate justice scholars and policy makers alike. This paper illustrates that a focus on health can reveal much about the inadequacies of the Paris Agreement and multilateral climate change governance more widely. Unfolding in two parts, the paper first focuses on human health, explaining how this is threated by climate change and why a human rights based climate justice approach can highlight the importance of these threats and define what is morally required of policy makers. Part two of the paper turns to the assessment of the Paris Agreement, focusing on whether the policy makers who negotiated the Agreement have met these requirements. By briefly examining what has been promised in the Convention and what has been achieved under the Kyoto Protocol to date, the paper is able to assess whether the Paris Agreement represents a significant departure from the so far inadequate response to the climate change problem. It will be illustrated that although there has been a small step forward, the Paris Agreement cannot be said to represent a just response which protects the right to health of present and future generations.

The Paris Agreement presents no more than a small step forward, and does not represent policy which protects the right to health of present and future generations. Protecting the right to health needs to be prioritized and taken more seriously as part of multilateral climate change policy.
The loose compliance measures set out in the Paris Agreement weaken the force of the Agreement, calling into question whether states will comply once the Agreement is implemented. This may undermine efforts to limit emissions and thereby protect the human right to health. Compliance measures should be revisited in the negotiations leading up the Paris Agreement's implementation.
The existing, and arguably outdated, categorization of Annex I and Annex II countries has not been revised as expected, making it unclear which states are responsible for climate change mitigation and contribution to climate change costs. This may undermine mitigation targets and threaten the human right to health. The negotiations leading up the implementation of the Paris Agreement should address the failure to clearly determine responsibilities.
Individually Determined National Contributions (INDCs) are currently inadequate for meeting the newly agreed 1.5°C emissions target, and put the human right to health at substantial risk. These targets should be revised as a matter of urgency.
Access Article

Law and Negotiation: A Role for a Transformative Approach?
Aisling Swaine
Vol 7, Issue 2, May 2016