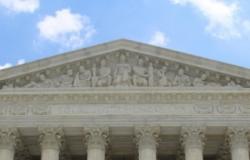 How do supranational regional courts, which occupy a space between the national and international, contribute to normative development? We demonstrate that norms are dynamic and require ‘translation’ in order to impact the international system and find expression at the national level. Norm translation is a recursive and dynamic process. We connect this process with research on transnational legal orders (TLOs) and introduce the notion of an ‘adjudicatory space’ in which international norms are interpreted by supranational judicial actors such as the European Court of Human Rights and the Inter-American Court of Human Rights. We present a case study demonstrating how supranational courts utilize case-law from many different sources to apply, refine, and cross-culturally translate meanings of a norm (in this case violence against women as gender discrimination) into different regional and national cultural contexts. The recursive process of cross-referencing and restatement of norms in supranational adjudicatory space demonstrated in the case study suggests that norm development is progressive, non-linear, and non-hierarchical. The case study also indicates that the locus of norm translation and refinement is not confined to well-established human rights machinery of Europe; in the Global South local and transnational norm entrepreneurs are challenging social and legal norms.

Norm development is recursive: dynamic, non-linear, and non-hierarchical.
Supranational/regional courts are an undertheorized but crucial location for international norm development, refinement, and evolution.
Norm refinement occurs an in ‘adjudicatory space’ that includes not only courts but also other global and transnational legal actors.
Normative evolution occurs with considerable contribution of actors from the Global South and North.
Regional courts allow local actors to reach around and beyond state institutions.
Access Article

A British Investment Bank: Why and How?
Christian Westerlind Wigstrom
Special Issue: Economic Policy, Governance and Institutions in Times of Crisis