The Rediscovery of Indigenous Thought in the Modern Legal System: The Case of the Great Apes 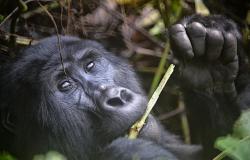 In times of human-inflicted ecological crises and the mass extinction of countless species, it becomes ever more urgent to redefine how we perceive ourselves and our relationship with the planet's ecosystems and other species. Indigenous cosmologies harbour perspectives fundamentally different from those of modern political and philosophical thought and might serve as guideposts for alternative visions. By looking at the on-going legal developments in the worldwide struggle for legal personhood for the great apes, this article argues that we are witnessing an unintended (but welcome) introduction of several aspects of indigenous cosmologies to modern political and legal thought. The animal rights movement has achieved a historic breakthrough when in 2016 an Argentine judge recognised the female chimpanzee Cecilia as a legal person. The article briefly summarises how over the last few decades scholars and animal rights movements have gradually questioned the main tenets of the human-animal divide. Thereafter, the article introduces what Brazilian anthropologist Eduardo Viveiros de Castro calls Amerindian perspectivism: a concept based on a distributive, situational and perspectivist relationship between humans and animals common in Amerindian cultures. Then, the article shows that the on-going redefinition of great apes as legal persons is reminiscent of key tenets of Amerindian perspectivism.

What Next for the Millennium Development Goals?
Todd Moss
Vol. 1, Issue 2, May 2010