Acknowledging Urbanization: A Survey of the Role of Cities in UN Frameworks 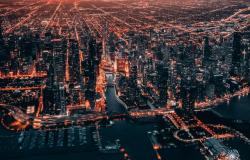 Cities are playing an increasingly vital role in global sustainability. Yet there is still little systematic and international evidence on the recognition and formal role of cities in multilateral affairs. Where and how are cities acknowledged as part of global efforts? How do the United Nations frame this ‘urban’ contribution to major international processes and agendas? To offer some initial evidence‐based pointers to this set of problems, we present an analysis of explicit references to cities in major UN frameworks (n = 32) underpinning the current Agenda 2030 on sustainable development. We investigate how cities are cited to determine the role, key themes and contextual trends framing the engagement between United Nations and cities. Contra arguments for the uniqueness of the current ‘rise’ of mayors, our review demonstrates a weak rise in the recognition of cities over time in UN frameworks and shows historical continuity in this acknowledgement since the 1970s. Our review confirms that two prevailing themes determining this are those of ‘development’ and the ‘environment’ but other issues (like ‘infrastructure’ and ‘health’) are following closely behind. It also highlights acknowledgment of cities as ‘actors’ is on the rise since the 2000s and raises fundamental questions as to the status of cities internationally. We argue it becomes imperative to more systematically and strategically think of the role of cities in the UN system, but also flag that raises fundamental challenges for multilateral governance.

Photo by Benjamin Suter from Pexels