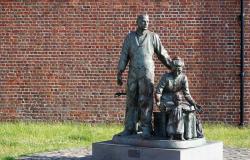 How states of origin regulate the rights, obligations, and services they extend to their emigrants has remained mostly in the shadows of migration policy research. We have tackled this gap in the literature by advancing the Emigrant Policies Index (EMIX), which was designed for comparing the degree of adoption of emigrant policies – also called ‘diaspora-engagement policies’ – across countries in a whole region and, with the update provided in this paper, for the first time in a longitudinal direction. Having previously introduced the EMIX in a synchronic frame, this article presents its scores for 14 countries of Latin America and the Caribbean in 2015 and 2017. This effort already shows that some emigrant policies (e.g. citizenship policies) endure more than others (e.g. social policies). These suggestive findings support the need to compile not only cross-national, but also longitudinal datasets on these policies.