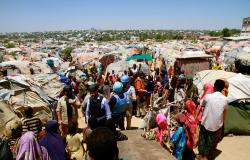 Displacement is urbanizing. Urban violence increasingly contributes to displacement while a growing number of displaced people across the globe seeks refuge in cities. This article builds on original research in four Somali cities to explore the link between violence, displacement and urbanization. It identifies and comparatively explores three types of urban settlements of displaced people: urban camps at cities’ outskirts, inner‐city squatter settlements, and relocation areas. The focus of the analysis is on the political economy that underpins the establishment, maintenance and, at times, destruction of these settlements. The article shows that settlements of displaced people are embedded in varied practices of rent seeking which contribute to the commercialization of land and housing and lead to further land speculations. Urban reconstruction accelerates rent seeking and goes hand in hand with (mass‐scale) evictions of displaced people. The article also shows how land ownership is mobilized to retain political rights and citizenship. The findings outline the multiple ways urban land relations are intertwined with practices of sovereignty and citizenship, and attest to observations of a globally expanding rent economy. They also underscore the arbitrariness and violence imbricated in property relations.