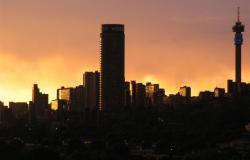 This article explores how the emerging tourism sector in Johannesburg is intertwined with current processes of urban regeneration and development. Using walking tours as a case study, I illustrate how tour operators navigate insecure urban spaces and contribute to their (re‐)development by performing (in)security, by offering ‘authentic’ experiences and by actively engaging in social and economic activities. I argue that walking tours promote a particular kind of urban development that aims to appeal to a new urban middle class and is in line with the vision pursued by big private investors and new urban entrepreneurs. Similar to other global gentrification processes, this vision draws on Western notions of hip urban lifestyles and aesthetics in order to foster an image of the city as pan‐African and cool. While making new spaces accessible, this approach to urban development also affects and threatens other inner city users, including African migrants living or working in precarious conditions. I contend that these side effects of the currently promoted urban regeneration have so far been overlooked. In order to create a social and sustainable urban development that supersedes apartheid‐era spatial segregation, these effects should be taken into account by the tourism sector, by private investors and policy makers alike.