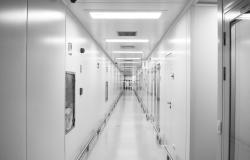 CERN offers a highly relevant case to probe some of the assumptions of current debates on science diplomacy. Building on the existing literature and a number of expert interviews, this article discusses the origin of CERN, its governance structure, and the particular constellation of interests that form part of CERN's science diplomacy. We understand science diplomacy as a practice and explore this at the intersection between goals and values, everyday conduct, and the governance structure guiding interactions. Reaching beyond CERN as a specific case, we address the tension at the heart of science diplomacy debates between promoting peaceful relations and furthering strategic and national interests. We argue that it is precisely within this tension that science diplomacy unfolds. Further, the particular governance structure that CERN employs emerges as a blueprint for supporting a level playing field between scientists and diplomats and promoting scientific goals beyond narrow political considerations. Lastly, we make suggestions for capacity building and training in science diplomacy that focus on bringing the ‘world of science’ and the ‘world of diplomacy’, a distinction which emerged prominently from the literature and the interviews, together in useful ways.