Critical Digital Diplomacy as a GlobalChallenge: The South Korean Experience 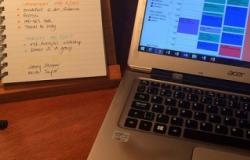 An important debate on the impact of digitization on diplomatic practice is currently taking place in most of the world's diplomatic services and beyond. Western perspectives do however dominate writings on the subject and there is scope for importing new theoretical notions into these discussions. This article on digital diplomacy aims to show that South Korea's practices harmonize well with insights from new media theory, and that both inform this debate. New media theory advocates the examination of the new digital environment in which diplomatic interactions are unfolding, and it articulates the politics behind digital technology. We argue that existing, ‘analogue’ diplomacy is not merely superimposed onto technologies now shaping an environment that is facilitating digitally native practices. The debate on digital diplomacy can equally benefit from analysis of the experiences of South Korea. Technological development and innovation impact on the sphere of foreign policy, to the extent that ‘becoming technological’ has turned into an important Korean export asset. We briefly review four ways in which South Korea applied technology to diplomacy. Our analysis concludes with general recommendations for diplomatic practitioners across the world, particularly those who still look at new technologies, including social media, as mere open and freely available ‘services’.

Diplomats should realize that digital diplomacy constitutes engagement with how culture, information and relations are systematized in software, such as with the counteracting of algorithms that do not work in one's favour.
As diplomacy is increasingly enacted in a digital environment, diplomats should be critical of real-life actors behind software, of their intentions and how they pursue their aims, and with what effect.
MFAs that have the capability to create software for diplomatic purposes but do not yet do so, are at a disadvantage in comparison with more astute counterparts and non-governmental actors.
Mechanisms constituting digital technologies can be used as a medium to operationalize political and diplomatic interests. MFAs should explore all this and put it into practice to improve policy-making.
Foreign ministries (MFAs) across the world should embrace conceptions of technology that no longer separate substance from technique, and instruments from language.
Access Article

Administering and Governing with Technology: The Question of Information Communication Technology and E-Governance
Jean-Marc Coicaud
Vol 7, Issue 2, May 2016