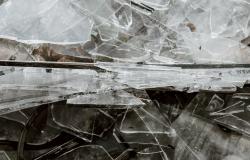 Is the internet at risk of fragmentation? Whereas the literature has examined this question with a focus on domestic policies, communication standards, and internet governance institutions, we analyze fragmentation and alternative outcomes in transnational engineering networks. These networks constitute the social foundations of the unified or ‘global’ internet. Our contributions include: (1) broadening the debate beyond fragmentation‐related network outcomes to include political structuring and organizational concentration; and (2) new evidence from an important engineering network around the Internet Engineering Task Force comprising thousands of participants and over four decades. Our analyses reveal fast and continuous network growth as well as clear signs of growing concentration of the network around a few major companies. A key implication is that, at the level of engineering networks, concerns about internet fragmentation might be unfounded and might distract from more salient developments such as organizational concentration.

How to Confront the Threat of Ebola? Arguing for Reinforced Efforts to Promote Transnational Solidarity
Markus Fraundorfer
Vol 7, Issue 3, September 2016

Three Models of Global Climate Governance: From Kyoto to Paris and Beyond
David Held and Charles Roger
Vol 9, Issue 4, November 2018