Belt and Road Initiative: Responses from Japan and India – Bilateralism, Multilateralism and Collaborations 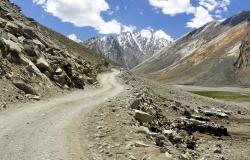 The responses from Japan and India to the China‐led Belt and Road Initiative (BRI) were not positive unlike many other Asian countries. Only in late 2017 did Japan extend its cooperation with BRI and India is still on record that it does not support BRI. The positions taken by both Japan and India, together and singly, in relation to BRI as well as the interrelationship of policy, politics, and institutions at the global level are discussed. The discussion also explores how Japan supplements its central alliance with the United States till the 1980s with other key relationships such as India and Australia in security and in its initiatives with India on Vision 25 and the Asia‐Africa Growth Corridor (AAGC). The discussion also explores the shift by India following its non‐alignment policy and its friendship treaty with the Soviet Union and with the end of the Cold War, on its renewed foreign policy of diplomacy and bilateralism and multilateralism with many countries and organizations. The challenges and opportunities of collaboration by Japan and India are discussed, together with the geo‐economic and geo‐political aspects of BRI for both countries in moving forward.