The Dark Side of China’s Economic Rise 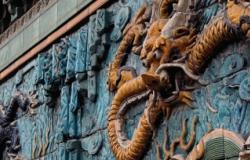 Since China acceded to the World Trade Organisation (WTO) in 2001, the country's importance to and impact on the global economy has expanded rapidly. This has been particularly notable since the global financial crisis in 2008. While this has created new opportunities and benefits for Europe, it has also brought with it important new challenges. One such challenge is the impact of industrial overcapacity in industries like steel that have resulted from the allocation of capital on non-commercial terms. Going forward the China Manufacturing 2025 (CM2025) initiative that was announced in 2015 is another. The latter represents an attempt by the Chinese authorities to maintain a position as ‘masters’ of China's economy instead of allowing the market to drive innovation and industrial upgrading. Since CM2025 also allocates capital on non-commercial terms, including through subsidies and government-backed investment funds, there is a risk that it will lead to overcapacity in advanced industries of importance to China's economy. This concern is further exacerbated by the fact that as Chinese investment rapidly expands in Europe, the authorities continue to deny European business reciprocity in the Chinese market.

Trajectories and Transformations of the Democratic Representative
Dario Castiglione
Special Issue: Changing the European Debate: A Rollback of Democracy