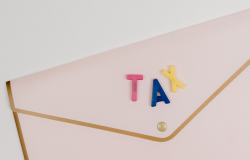 The Big Four professional services firms – PwC, Deloitte, KPMG and EY – promote, sanction, and regularise the behaviour and practices of business and government. This is especially the case in the area of multinational tax avoidance. This large, and growing, sector of the Big Four's business model places them at the centre of both causing and addressing the problem. Their role is not limited to advising MNCs on complex tax structures. They also advise governments and international organisations on regulatory reform of the global tax system. This article examines their role in so doing through an analysis of Australian Senate Inquiry hearings and responses to the OECD reform programme on the digitalisation of the economy. We show that advice provided by the Big Four is not purely technical, but is intended to achieve a global corporate tax system that is either globally dis-harmonised or a matter of national regulatory incrementalism. This is despite their claims of supporting global regulation based on multilateral agreements. Ultimately, we demonstrate that the Big Four use their significant structural power to discursively undermine the ideals of the OECD, the leading international organisation working to reform global taxation.