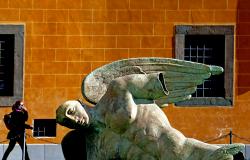 This paper presents a holistic description and assessment of the European Union's financial services policy since the start of financial crisis in mid‐2007. The decade‐long sequence is divided into four themes, in broadly chronological order: the initial reaction to the 2007–08 financial shock; subsequent initiatives framed by political developments at the EU and G20 level; the banking union from mid‐2012; and more recent events centered on the UK vote to exit the EU (Brexit). The analysis identifies banking union as the watershed moment, and correspondingly assesses the EU policy response as mostly inadequate in the first half and mostly effective in the second half of the period covered. Recommendations for future reforms are made in the conclusion.

WTO Non-Violation or Situation Complaints: A Remedy for Extraterritorial Effects on the Human Right to an Adequate Standard of Living
Alexia Herwig
Vol 3, Issue 4, November 2012