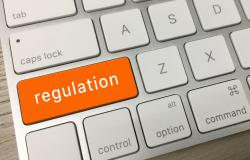 The growing number of public policy measures challenged through investor-state dispute settlement has raised critiques that international investment agreements could lead governments to avoid introducing new policy measures out of a fear that these could be challenged by foreign investors, often referred to as ‘regulatory chill’. While the body of work on regulatory chill is still in its infancy, there is a need to interrogate extant studies to better understand the state of the knowledge and the methodological approaches being employed to produce an evidence base. Grounded in a critical review of the existing literature, this paper develops a conceptual framework of regulatory chill, identifying it as one possible policy response wherein investment agreements are internalised by policy makers as considerations during their policy decision-making. Three distinct bodies of work were identified in the literature which helped to populate this framework, including analysis of investment treaty language and awards, interviews with policy makers to explore internalisation of such treaties, and case studies of suspected regulatory chill policy responses. The conceptual framework is intended to help drive forward a cohesive research agenda on regulatory chill that can underpin the ongoing investment treaty reform.