Iranian Economy Post-JCPOA and its Ambitions 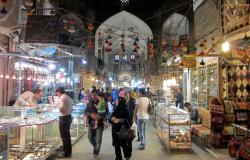 In a presidential candidates’ debate in 2013, Dr. Rouhani held out a key stating that he was holding the key for unlocking the challenges to Iranian Economy only to correct himself some months later saying that it is not going to be easy as he had not appreciated the extent of work which needed to be done. So it is worthwhile to look back a little before the imposition of nuclear sanctions.

Towards a Third Generation of Global Governance Scholarship
David Coen and Tom Pegram
Vol 9, Issue 1, February 2018
The Future We Get Might Not Be the Future We Want: Analyzing the Rio+20 Outcomes
Philipp Pattberg and Ayşem Mert
Vol 4, Issue 3, September 2013
The Novelty of Sovereign Wealth Funds: The Emperor's New Clothes?
Jürgen Braunstein
Vol 5, Issue 2, May 2014