Mega-Regional Trade Agreements and the Future of the WTO 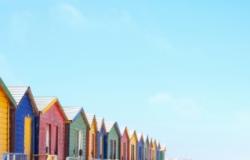 Major economies such as the United States, European Union, Japan, and even China have shifted trade negotiating emphasis toward ‘mega-regional’ agreements, including the Trans-Pacific Partnership (TPP), the Transatlantic Trade and Investment Partnership (TTIP), and the Regional Comprehensive Economic Partnership (RCEP). This paper explores why countries have chosen to pursue mega-regionals, what is likely to be contained in the agreements, and some of their potential implications for the multilateral trading system under the World Trade Organization (WTO). I call for revisiting the historical approach of introducing plurilateral and critical mass agreements – that would cover some of the mega-regionals’ new provisions – into the WTO so as to avoid a more substantial, long-run erosion of the relevance of the nondiscriminatory system. I also highlight potential reforms to the WTO's dispute settlement procedure that are required to strengthen its already prominent role.