The Opportunity Space of Overlapping Trade Regimes: Turkey, the Customs Union, and TTIP 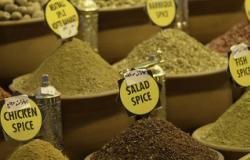 The Republic of Turkey (RoT) is closely observing negotiations of the first three mega-regional preferential trade agreements. Of greatest concern to the Republic is the US–EU Transatlantic Trade and Investment Partnership (TTIP), intended to establish the standards for preferential regimes beyond ambitious next generation free trade areas (FTAs). The Republic's primary concern is TTIP's potential impact on the Turkish economy given interaction with the RoT–EU Customs Union (CU). This interaction reflects the problem of outdated trade agreements’ overlap with the spaghetti bowls of next generation and now mega-regional agreements. Although immediate Turkish TTIP inclusion is unlikely, TTIP triggered a critical juncture for the Republic given the agreement's potential interaction with the CU's outdated features and hub-and-spoke structure. This juncture provides the Republic with strategic leverage to pursue the CU's review and possible revision. The RoT's strategic sequencing of its CU review with TTIP engagement may prove advantageous by altering its structural relationship with its hub and primary economic anchor of the EU as well as facilitating its entry into ambitious mega-regional agreements and contributing to its EU accession process. It also highlights the way in which states may strategically consolidate their particular cases of overlapping preferential trade agreements (PTAs).

Europe's Mea Culpa: A Global Economy Gone Mad or a Crisis of Our Own Making?
Or Raviv
Vol 8, Issue 2, May 2017