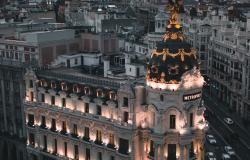 In line with the orientation of EU economic policy, the Spanish government has favoured a strategy of internal devaluation as a way of adjusting price levels within the currency union and offsetting the fall in competitiveness accumulated over time, as evidenced by the persistent trade deficit. The results of comparative empirical studies indicate that the internal wage devaluation applied in Spain as a crisis exit strategy (in the form of labour reforms and, in general, measures to contain labour costs) does not seem to have attained the desired goals in terms of reducing the relative prices of exports and consolidating a model of growth based on external demand. Indeed, the estimates drawn up show that tailwinds – the depreciation of the euro as a result of the measures taken by the ECB, greater economic activity by trading partners and the fall in the price of oil – exercised a decisive influence in the trends followed by the prices of exports and the balance of trade during the period of crisis management in Spain.