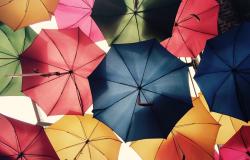 This research paper seeks to explain why investment‐recipient countries, like Australia and Canada, reject certain investments in strategic industries and shield some domestic business from foreign acquisitions. Existing studies suggest that the decision to restrict FDI is driven by national security concerns, which are often conceptualized as a catch‐all concept. This paper develops a novel theoretical construct – ‘FDI acceptability threshold’ (a maximum point of political tolerance for any given foreign investment) – to provide a more nuanced understanding of government decisions to reject FDI. This theoretical construct is based on four factors – nature of the domestic firm/industry, nature of the acquirer, external opposition, and domestic backlash. Drawing on two cases of Chinese SOEs’ investment in the energy sector in Australia and Canada, this paper demonstrates that investment‐recipient countries are more likely to protect a domestic business where foreign ownership threatens domestic industry by exceeding FDI acceptability thresholds. Given that these thresholds are often not directly identified in the host country’s policies, this paper proposes that host countries should clarify these conditions to ensure that they continue to attract FDI.

When the Flames are Licking at the Door: Standing Mechanisms for Conflict Prevention
Laurie Nathan
Special Issue - New Diplomacy for New Conflicts