Will the AIIB and the NDB Help Reform Multilateral Development Banking? 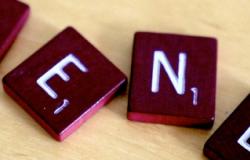 What will be the future impact of the Asian Infrastructure Investment Bank (AIIB) and the New Development Bank (NDB), two multilateral banks created in 2014 outside the established Bretton Woods system, on multilateral lending shares? So far, the bulk of multilateral lending has been provided by institutions created and ruled by the west. Will the new institutions led by China and Brazil, Russia, India, China and South Africa (BRICS) help rebalance multilateral development finance away from western dominance? The answer comes in three steps: first, the pressure for the BRICS to ‘exit’ rises with past, present and expected failure for ‘voice’ reform in the established international financial institutions (IFIs). Second, excess demand for multilateral soft loans and, third, the potential lending capacity by the AIIB and the NDB are quantified to assess how much relative business – hence political influence – the existing IFIs might lose in favour of the new competitors. Based on current evidence for loan-equity leverage ratios in established multilateral development banks (MDBs), it is estimated that the NDB and AIIB combined will attract sufficient cofinancing to rival the established MDBs in terms of annual lending. The combined loan portfolios (c. US$230 billion) of AIIB and NDB would equal the combined loan portfolios of ADB and International Bank for Reconstruction and Development (IBRD), according to a simple scenario presented in this survey article.

What Governments Can Do to Support their Economies: The Case for a Strategic Econsystem
Henning Meyer and Andreas Klasen
Special Issue: Economic Policy, Governance and Institutions in Times of Crisis